A nice short run around Green Park which is just under 2km. All paths are good quality and lit at night (some very short sections in the parks are not lit, but there is pavement running adjacent to them which is lit).

Save the gpx file of this run to use in other running apps. 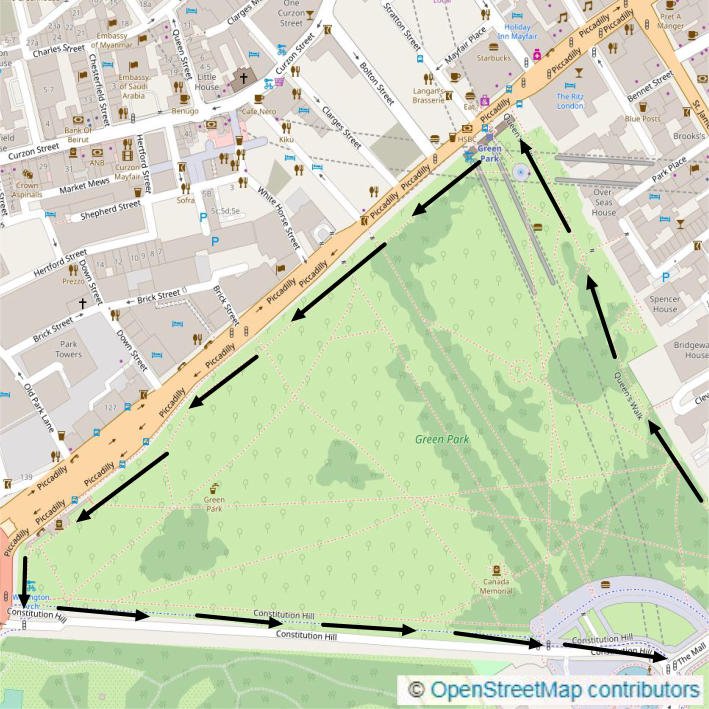 If the unlit path along the Northern edge of Green Park is too dark when running this route at night, run on the pavement alongside Piccadilly instead.